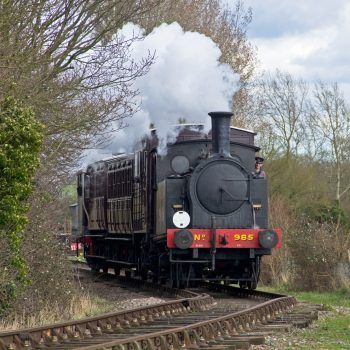 The Mid-Suffolk Light Railway, known affectionately as ‘The Middy’ was a classic case of a railway built late on in the great railway age that never paid its way. Indeed, it effectively went broke before it opened, but still managed to struggle on for 50 years! This fine example of quirky English history is remembered in Suffolk’s only railway museum, also called the mid-Suffolk Light Railway Co., which is dedicated to keeping alive the memories of the Middy.

On site we have a refreshment room, real ale bar, photographic display and artifacts museum, shop, carriage and wagon works, and real vintage steam and diesel locomotives and rolling stock. There are many special events throughout the year including steam Santa Specials for the children at Christmas.