From mysterious shingle spits to chocolate-box villages, imposing castles to beasts doing battle, these are 15 of the top sights in Suffolk:

This moated manor house is one of many stunning historic estates in Suffolk. Its first bricks were laid in 1490 by John Tollemache, and the Tollemache family have owned it ever since. What make Helmingham Hall so remarkable and earn it a place as one of the top sights in Suffolk are its perfectly manicured gardens, designed and cared for by Lady Xa Tollemache, an award-winning garden designer who’s won more than a few medals at the Chelsea Flower Show.

Helmingham Hall in Suffolk, as seen from the air (c) John Fielding

Every October at RSPB Minsmere on the Suffolk Coast, Britain’s largest herd of red deer enter a month-long battle… with each other. The red deer rut is a stunning natural spectacle in which the herd’s majestic stags lock horns in a bid to overpower their opponent, with the strongest stag winning the right to mate. Watch the deer from public footpaths or the viewing point on Westleton heath. Or head to the visitor centre at RSPB Minsmere for the best places to see and hear the clash of antlers and the stags’ bellows as this awe-inspiring natural event unfolds. 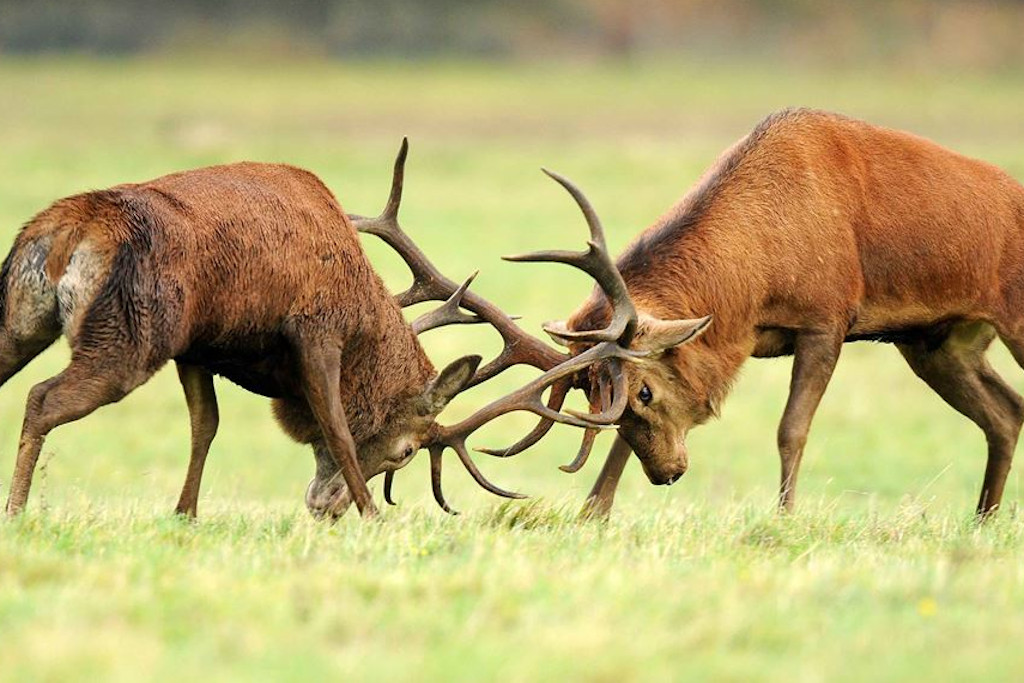 Every autumn, Suffolk’s red deer do battle to secure the right to mate (c) Paul Sawer

Take a stroll along Aldeburgh beach in Suffolk and you’ll come across not one but two famous sculptures. Maggi Hambling’s controversial scallop stands 4m high on the shingle, creating a mirror for the sound of the waves. A tribute to Suffolk-born composer Benjamin Britten, it bears an inscription from his opera Peter Grimes: “I hear those voices that will not be drowned.”

One look at Framlingham Castle’s tall battlements and it’s easy to see why Mary Tudor chose to gather her troops here before marching on London to claim the throne. Not only is Framlingham’s 12th-century fortress one of the top sights in Suffolk: a walk along its precipitous outer walls gives you some of the best views of the county.

Framlingham Castle reflected in the meare,  the Castle’s outer wall looks majestic at any time of day (c) Ian Dalgleish

There has been horseracing in Newmarket since at least the 12th century, making it the oldest known racing venue in post-classical times, and the true home of ‘the sport of kings.’ Watching horses thunder round the track at Newmarket Racecourses is an exhilarating experience, but for a real glimpse into the world of horseracing you can do no better than visiting the Newmarket Gallops on a misty morning and watching the jockeys and horses train in the newly-risen sun. 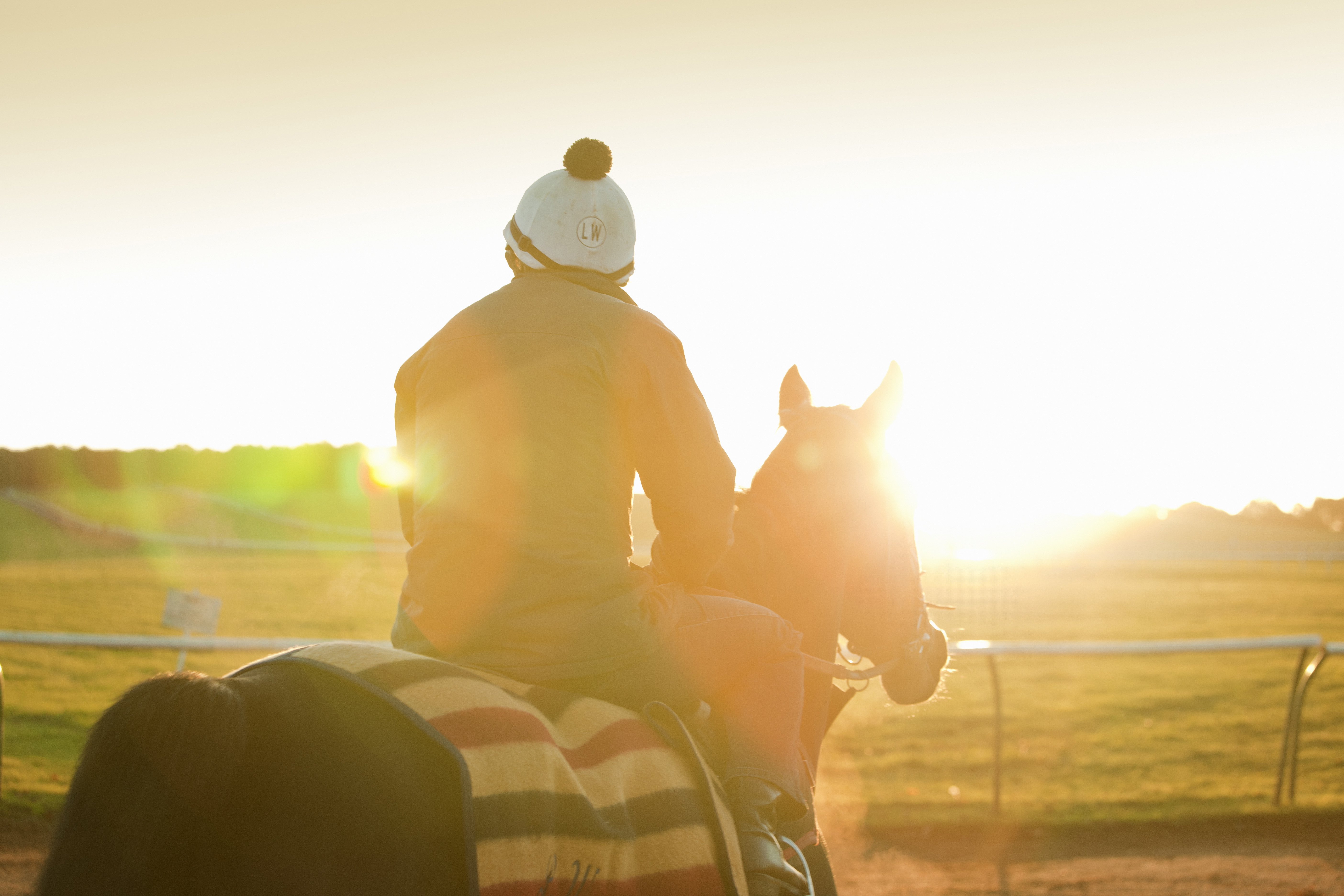 A shingle spit scattered with abandoned military buildings – the relics of years of secret investigations – swathed in rare plant life, and crowned by an iconic red and white lighthouse with just a handful of years left before it crumbles into the sea, Orfordness is definitely one of the strangest landscapes you’ll ever come across. Its combination of beauty and eeriness make it one of the top sights in Suffolk.

Orfordness is a rare and unusual landscape (c) Scott Wylie

Chocolate-box Lavenham offers everything you could want from a place often called the Best Kept Medieval Village in England: half-timbered merchants’ houses, winding streets, a lavish 15th century church, and an embarrassment of listed buildings. If Lavenham’s picturesqueness wasn’t enough to tempt you, it’s also well known for its restaurants, such as The Great House and the 800-year-old Swan Hotel, and for being the home of Harry Potter: Lavenham was used as Godric’s Hollow, the magical village where Harry Potter was born, during filming of The Deathly Hallows Part 1 & Part 2. 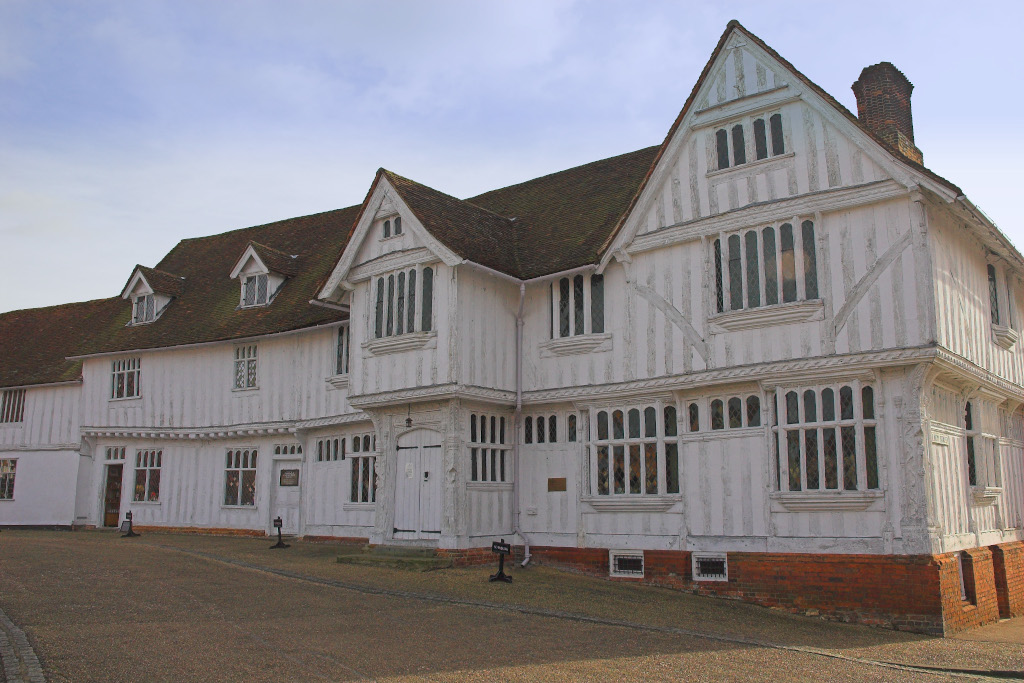 Lavenham is known as the ‘Best Kept Medieval Village in England’

If this cottage looks familiar, it’s probably because you’ve seen it in one of the most famous landscape paintings in British art history: John Constable’s The Hay Wain. Completed in 1821, The Hay Wain captured rural life just a stone’s throw from Constable’s home in East Bergholt, Suffolk: two men crossing the River Stour in a horse-drawn cart, Willy Lott’s cottage perched on the left bank. Willy Lott was a good friend of the Constables, and the artist painted a more complete picture of his neighbour’s house in 1832. The best way to see the cottage and other famous landmarks along the River Stour is by boat or canoe.

Willy Lott’s Cottage in Suffolk (c) Alastair Rae.  Willy Lott was a neighbour of John Constable, and his house featured in several of the great master’s paintings

Right at the heart of the Suffolk Coast & Heaths Area of Outstanding Natural Beauty, sandwiched between Dunwich Forest and RSPB Minsmere nature reserve is Westleton Heath. As to why it’s one of the top sights in Suffolk, well, this picture by photographer Justin Minns speaks for itself.

Suffolk is home to several famous abbeys, such as the picturesque ruins at Leiston, where you can take part in an ongoing archaeological dig. Then there’s Bury St Edmunds Abbey, where pilgrims once flocked to pray at the shrine of the martyred king, St Edmund, and where in 1214 a group of barons held a secret meeting that led to the signing of the Magna Carta. Lesser known and yet achingly beautiful is Butley Priory. The only remnant of an extensive medieval abbey, Butley Priory is now a private wedding venue, but it’s worth a visit even if you’re not getting hitched.

Standing at the very heart of historic Bury St Edmunds is Suffolk’s only cathedral. Built within the grounds of Bury St Edmunds Abbey, which housed the relics of St Edmund until his shrine was destroyed during the English Reformation, St Edmundsbury Cathedral began life as a small stone church. After centuries of rebuilds and additions, it became a cathedral in 1914, and is best viewed from the spectacular Abbey Gardens adjoining it.

Watching the world float by from the riverside in Woodbridge is for many people one of the top sights in Suffolk, perhaps because of the timelessness of the view. For more than 800 years the River Deben has flowed past Woodbridge, turning the great wheel of the town’s tide mill, which has existed on the same point since at least 1170. Still milling today, Woodbridge Tide Mill is one of just two working tide mills left in the UK.

When you’re driving into Suffolk, it’s impossible to see how impressive the bridge is beneath you – that is to say, the Orwell Bridge is best seen from afar: standing on the river bank at Wherstead, dining with it as your backdrop at the Cookhouse at the Suffolk Food Hall (officially the Best On-Farm Restaurant in Britain in 2014), or while enjoying a sunset dinner cruise aboard the Allen Gardiner or Sailing Barge Victor. At 1.2km long, it stretches across the beautiful River Orwell, close to Ipswich, a river that incidentally, George Orwell loved so much he took its name.

Covering 190km2 and crossing the Suffolk-Norfolk border is the majestic Thetford Forest. Explore the depths of this pine forest and you’ll find Grimes Graves, an ancient Neolithic flint mine; High Lodge activity centre; trails for walking and mountain biking; a river to go wild swimming in; and of course countless deer, rabbits, hares, and rare birds. It’s a sight best seen from above, which is why so many visitors spend the day navigating the treetops with Go Ape.

There are few places in Suffolk more peaceful than Snape Marshes. At this coastal nature reserve you can walk among reedbeeds so flat they open up the enormous Suffolk sky above, watch wading birds feed on the mudflats, and smell the salty air blowing in from the sea. If your legs begin to tire you can turn back to Snape Maltings for some lunch or a cup of tea, or if you’re keen to keep walking you can follow the River Alde all the way from Snape to Iken and Orfordness.