A history of brewing in Suffolk

Suffolk’s brewing history stretches back at least as far as 1086, when the Domesday Book was first created under the orders of William the Conqueror. As the census revealed, Suffolk’s first recorded brewing was being done by monks and women…

In 1086 a group of monks known as the ‘cerevisiarii’ were brewing ale on the site of the Great Abbey in Bury St Edmunds. The cerevisiarii were servants of the Abbott, and their job was to brew ale using water drawn from Bury’s chalk wells. At that time ale was drunk three times a day on average by men, women and children alike: for breakfast, with lunch, and before bed. The clergy also drank large quantities of ale, and doubtless much of what was brewed by the cerevisiarii was consumed within the abbey walls.

At the Greene King Brewery Tap in Bury St Edmunds you can sample Greene King’s ales and ruminate on how they came to be (c) Karen Roe
Over 700 years later in 1799, Benjamin Greene laid the foundations for what would become one of the UK’s most famous breweries, Greene King. The brewery was sited on Bury St Edmunds’ Westgate Street, just a stone’s throw from the Abbey where the cerevisiarii once worked. To this day Greene King still uses water drawn from the same chalk wells.
A few centuries after the cerevisiarii’s brewing was recorded in the town, another set of brewers got themselves into the history books. In 1345, eighteen women were involved with an incident on the site of a brewery close to Southwold beach. At this time it was women who did the brewing, especially in the home; they were known as ‘alewives’, and these eighteen Southwold alewives were charged with breaking the ale assize (a cost regulation imposed by the manorial lords).

An Adnams Brewery Dray pulls a cart through Southwold High Street (c) Adnams
This was the first record of brewing to take place on the site of the now world-famous Adnams Sole Bay Brewery, which was bought by George and Ernest Adnams in 1872. In its 142 years of brewing, Adnams has produced many of the UK’s favourite beers, including Adnams Broadside and the infamous Adnams Ghost Ship, inspired by the supposedly haunted Bell Inn at Walberswick.
Halfway between Southwold and Bury St Edmunds is the tiny village of Aspall, where there stands the beautiful estate of Aspall Hall. In 1722, a nobleman from the Channel Islands called Clement Chevallier inherited Aspall Hall from his cousin. He moved in, but soon began to miss the crisp taste of his favourite drink: cider.
In 1728, Clement decided that instead of missing cider, he would start making it. He planted apple trees from Jersey, and imported a granite trough and wheel from the Isles de Chausee. For the sum total of £7, Aspall Cyder was born.

Have you ever wondered why it’s Aspall Suffolk Cyder with a ‘y’? (c) Aspall
Some years later, John Barrington ‘JB’ Chevallier took over the company, and with the help of his cydermaker Harry Sparrow, he created the refined quality cyder Aspall is known for for today. Among the many fans of the drink was his cousin Lord Kitchener, who made sure that his troops in India were well stocked with Aspall Cyder, and that a case of it was sent to him wherever he was stationed.
Greene King, Adnams and Aspall are all household names when it comes to brewing; however, that’s not to say that Suffolk’s smaller, newer breweries are any less fascinating. In the tiny village of St Peter, South Elmham in north Suffolk is St Peter’s Brewery, doubtless one of the most picturesque of all the breweries in Suffolk. Since 1996 St Peter’s Brewery has been using water from a deep bore hole, locally malted barley and Kentish hops to produce delicious traditional beers that have found popularity across the UK. Their speciality is creating seasonal beers by adding fruit and honey to the brew, a method that was primarily used before the nineteenth century. 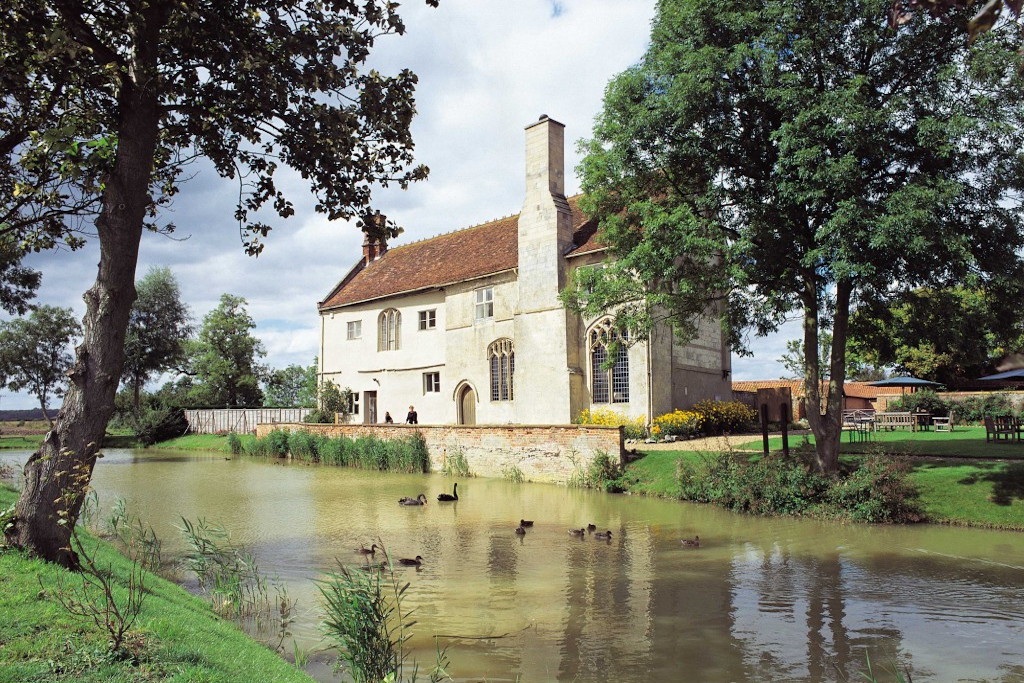 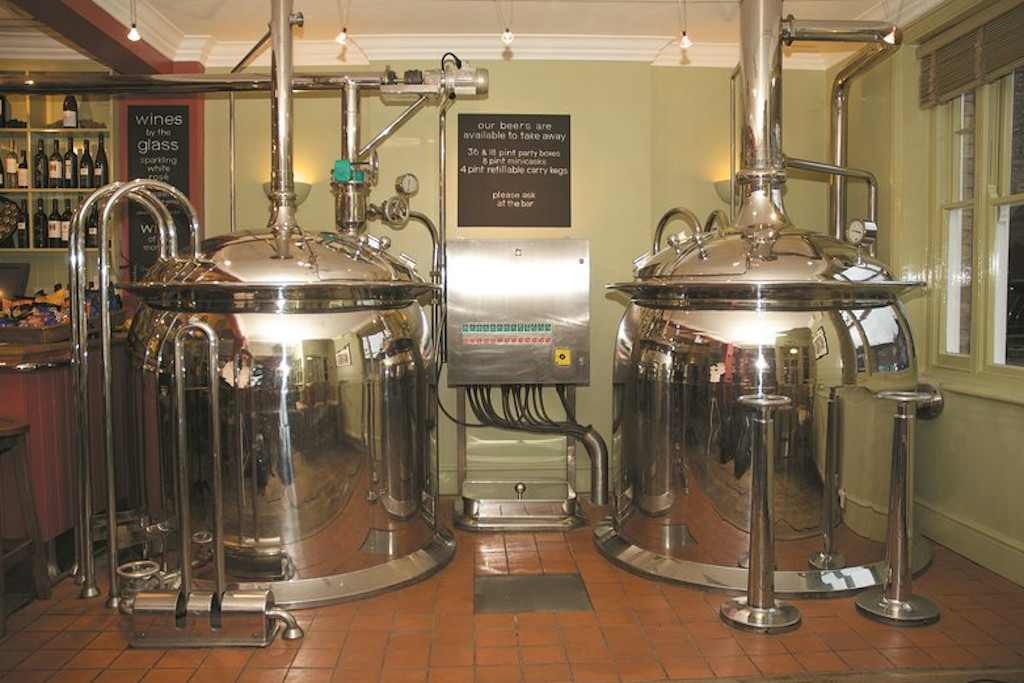 Inside The Old Cannon Brewery in Bury St Edmunds