FIND SOME AMERICAN CONNECTIONS IN SUFFOLK

From Abraham Lincoln’s ancestral home to Thomas Paine (a statue of him can be found in Thetford), East Anglia has a strong connection with the United States of America.

People from East Anglia were some of the first settlers in North America, and in World War II the United States 8th Army Air Force (USAAF) set up camp here in 1942. Between then and 1945 there were thousands of USAAF personnel stationed in the county and the impact of this Friendly Invasion was enormous, leaving many lasting links between America and Suffolk.

Keen to find out more about our American connections? Here’s a list of bomb groups and other historical sites to get you started.

The 95h was the first bomb group to carry out a daylight raid on Berlin. The museum is located on the site of the former NCOs’ club called the Red Feather Club. It features many personal stories and other artefacts within the museum, with original air raid shelters outside. There are two murals, along with the faithfully restored Brad’s Bar, which is used for club socials throughout the year.  www.95thbg-horham.com 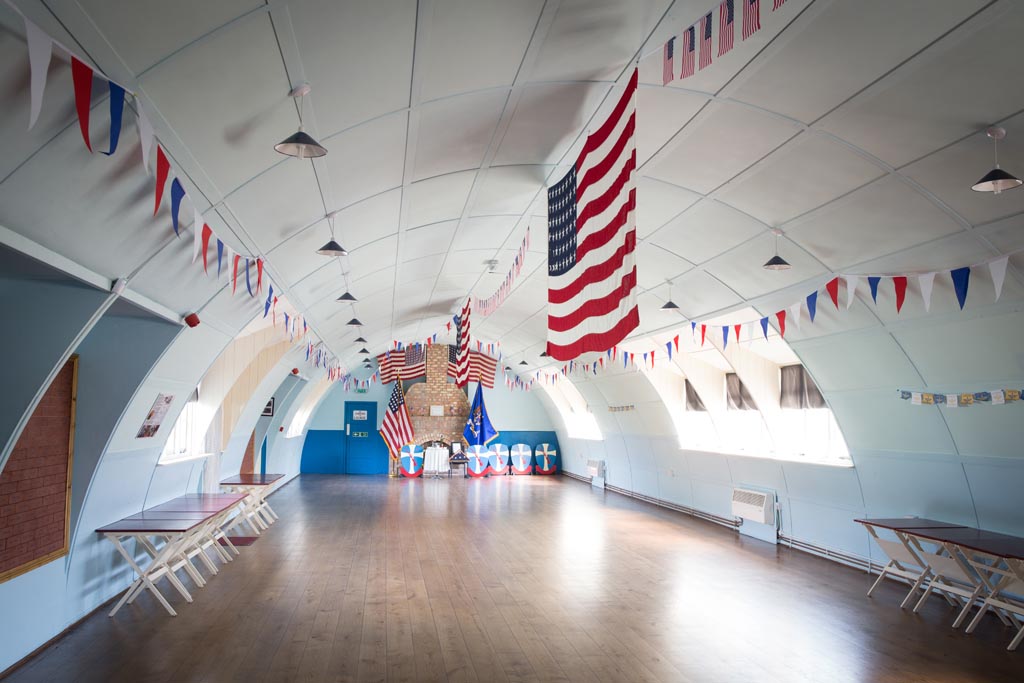 One of the old hangars  has been refurbished at Horham

Displays in the restored control tower show visitors how it would have looked in 1944. A number of buildings have been arranged to show medical facilities as well as life on the home front. Look out too for a number of restored military vehicles.  www.493bgdebach.co.uk

The Swan at Lavenham

Atmospheric Lavenham feels like a medieval time capsule. Many US airmen congregated in 15th Century pub The Swan. An inspiring collection of signatures and other mementos adorn the walls of the Airmen’s Bar. You could always have a go at the Boot Record, a challenge to drink three and a half pints of ale from a glass boot in record time. Various British units inscribed the results on the wall, which you can read today. Lavenham itself was a former centre of the wool industry, bypassed by the Industrial Revolution, and retains many of its original buildings, including a medieval guildhall.  www.theswanatlavenham.co.uk 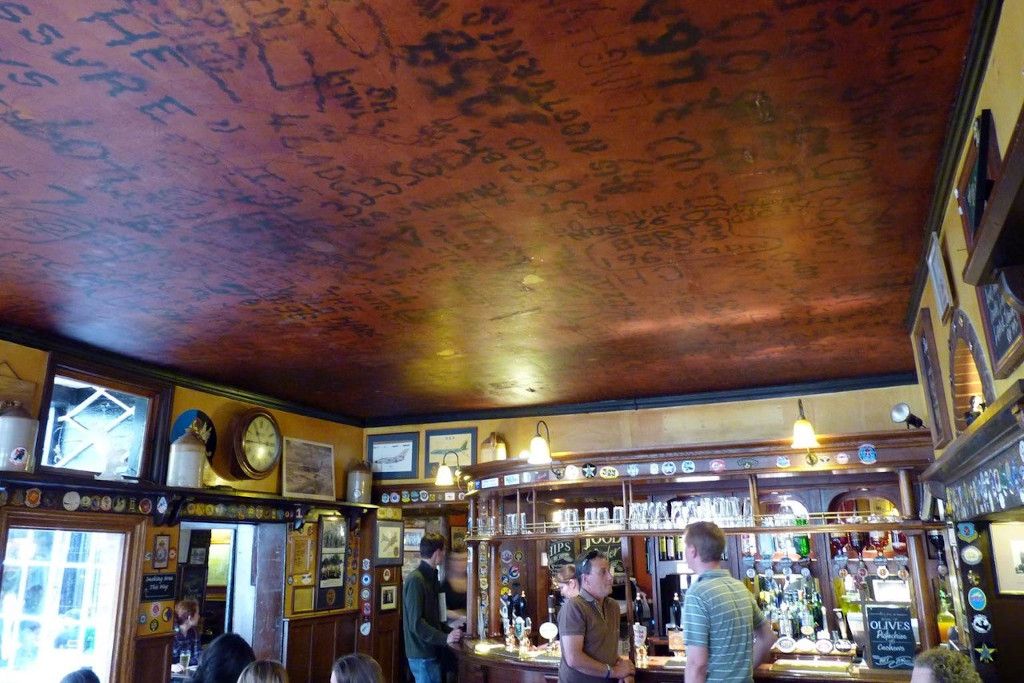 Visit the Airmen’s Bar at the Swan at Lavenham

On the Norfolk/Suffolk border is this museum, set near the site of the 446th Bomb Group base at Bungay. It contains unique artefacts and personal items of those who served there, plus murals from the 353rd Fighter Group base at Raydon in Suffolk and a building dedicated to the Royal Observer Corps and Air Sea Rescue units.  www.aviationmuseum.net

The 56th Fighter Group was the first outfit to be stationed at this newly built airfield, which opened in July 1942. It catered for up to 3,000 personnel. Later occupants included the 489th Bomb group. By 1945 a rescue emergency squadron was based at the airfield, whose mission was to rescue drowned aircrew from the nearby North Sea.

Airmen who went down into the sea had an estimated 30 seconds to get out of their aircraft. It is estimated that 35 percent of them were saved. RAF sea rescuers injected a little humour into the situation; they gave each man they rescued from the ‘drink’ a little felt insignia of a fish skipping over water as proof they had joined the ‘Goldfish Club’.  www.halesworthairfieldmuseum.co.uk

The base was home to RAF fighters during the Battle of Britain, then hosted the USAAF’s 356th Fighter Group. The restored control tower holds a number of displays recording the history of the base from pre-Second World War to the 1960s.  www.mhas.org.uk 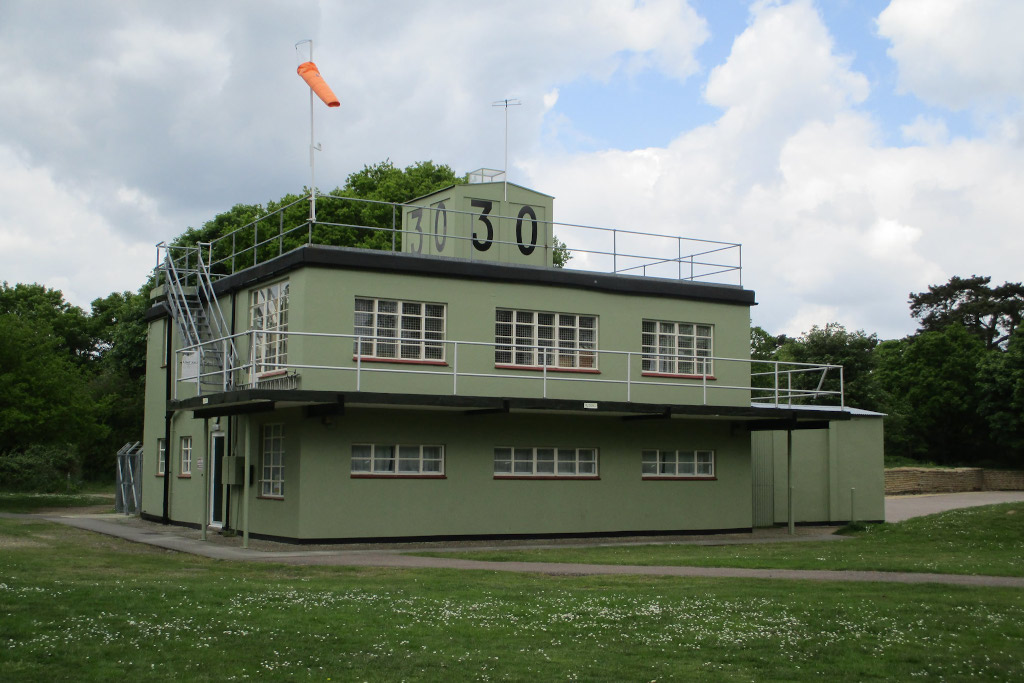 The control tower building at Martlesham is now a fascinating museum

Having been an RAF bomber station, Wattisham later saw the P-38s and P-51s of the 479th Fighter Group. Robin Olds (1922-2007) was a 21-year-old fighter pilot when he was sent to RAF Wattisham in 1944. As part of the 479th Fighter Group he was plunged into the campaign to soften up German forces before the Normandy landings. He distinguished himself in action, and went on to lead a colourful career. He married Hollywood actress Ella Raines, and later went on to be acknowledged as America’s best wing commander during the Vietnam War. Colonel Olds flew his last combat mission over North Vietnam in September 1967.

Wattisham is today a British Army base, so if you wish to visit please note you need to book three days in advance via the museum website.  www.wattishamstationheritage.org

A group of historically minded US airmen named their Flying Fortress Tom Paine in honour of the 18th Century English radical thinker – a supporter of American independence, born at nearby Thetford. Knettishall was home to the 388th Bomb Group, who flew missions into Europe from June 1943 until the end of the war. Underneath the name on the aircraft’s nose was a quote from Paine: “Tyranny, like hell, is not easily conquered”. A well-meaning sentiment, it caused some controversy in Paine’s home town, where some still considered him a traitor to Britain! The base has now been returned to agricultural use, though there is a black granite memorial at the old entrance.  http://www.americanairmuseum.com/place/203 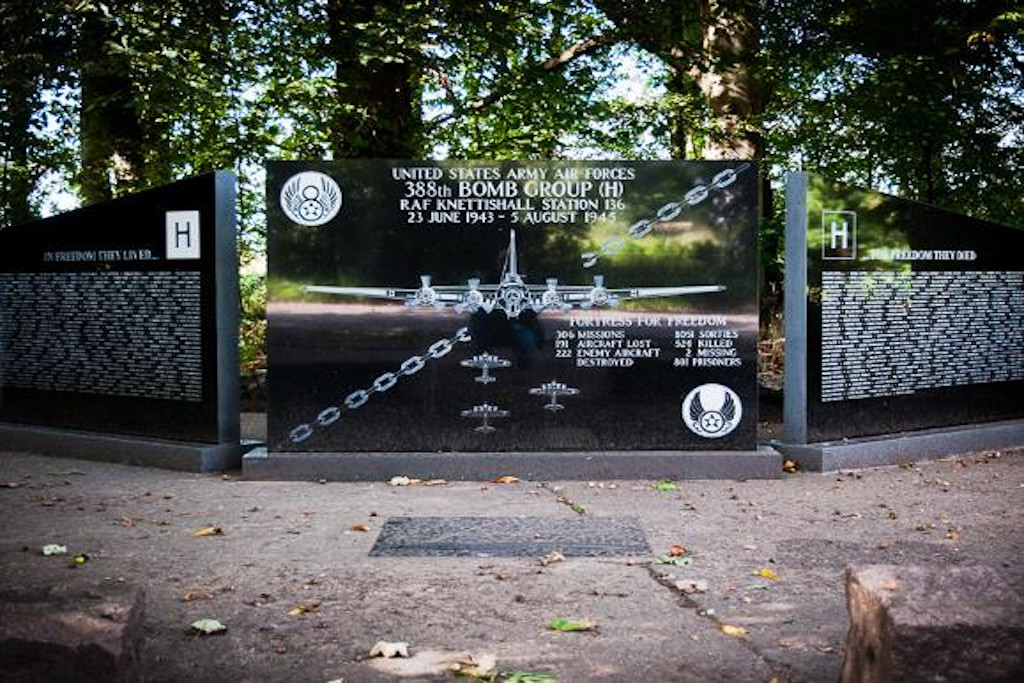 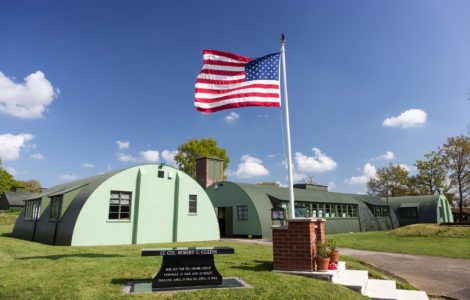