Seas the Day: 5 Facts About the Suffolk Coast

From Felixstowe to Lowestoft, the Suffolk Coast is a beautiful 60-mile stretch of historically significant coastline, much of which is recognised as an area of outstanding natural beauty.

The Suffolk Coast is a well-liked holiday destination for beachgoers and wildlife lovers alike because it’s the closest coast to London that has remained virtually undisturbed. Families with children of all ages love the historic quaint beach towns, while couples love the beautiful riverside villages.

The coast has an abundance of hidden gems and interesting facts, making it one of the most wonderful places to visit. 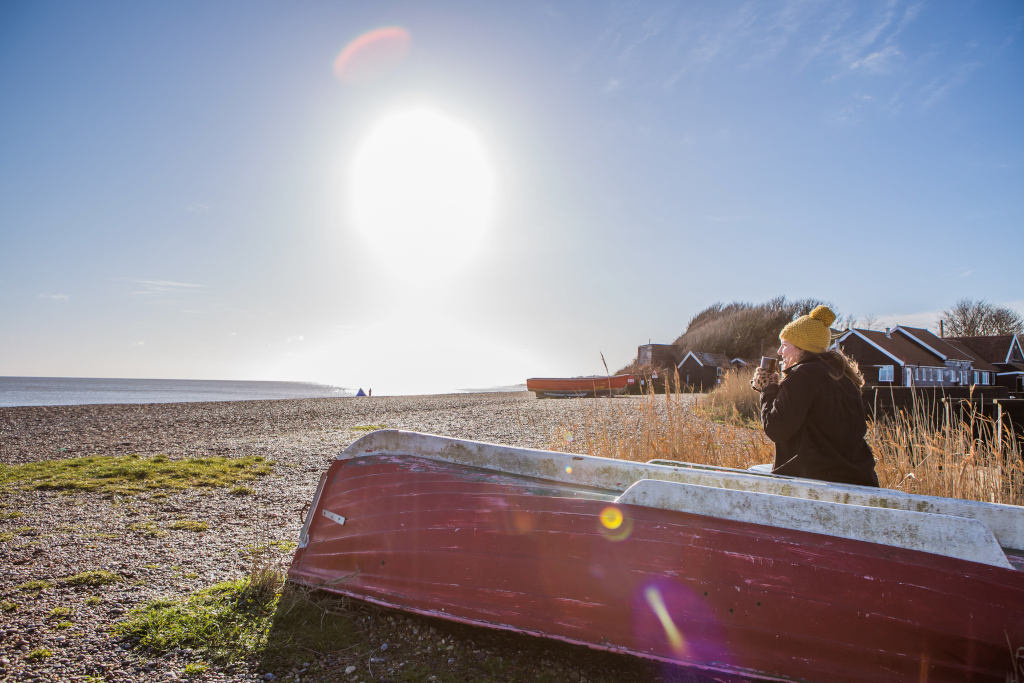 The beach at Dunwich overlooking the ‘lost’ town

Located in Suffolk, Dunwich was an important trading centre and port. Storms and erosion from the sea engulfed the town. It’s now considered to be the largest medieval underwater site in Europe.

The town had enormous trading networks that exported grain, salt, clothes, and wool as far north as Iceland and to ports throughout Europe.

Large merchant vessels were unable to use the town as an import/export destination gateway by the 13th century AD because of a shingle split known as Kingsholme, which had begun to partially block the port. Many residents of Dunwich started to move further inland or leave the town altogether because of catastrophic flooding incidents, which marked the beginning of the town’s demise.

Long-shore drift erosion gradually encroached on the town during the ensuing decades, eventually erasing practically all traces of Dunwich from the Suffolk coastline.

Over the course of history, settlers who crossed oceans to lay their claim to vast open spaces and deep blue sky have altered Suffolk Coast’s landscape.

Romans, Anglo-Saxons, and ultimately the Vikings who arrived at the end of the eighth century all occupied Suffolk.

The Scandinavian seamen spent many years plundering coastlines, in 869, they began to move interior via several rivers in our area, including the Waveney, the Stour, and the Orwell.

There is still evidence of the Vikings in these settlements. For instance, the location of King Edmund’s murder is marked by a plaque in the village of Hoxne.

The history of Anglo-Saxon Ipswich was furthered in 2012 when archaeological digs at a grave site not far from Stoke Bridge unearthed 300 Saxon bones.

Viking-derived terms and place names from the Suffolk dialect

Woodbridge, Suffolk, England, is the location of an early mediaeval burial area where an Anglo-Saxon king’s grave or cenotaph is located. One of the Germanic richest burials ever discovered in Europe, the burial shed light on the wealth and connections of early Anglo-Saxon monarchs by containing a ship outfitted for the afterlife (but without a body); its discovery in 1939 was noteworthy because ship burial was uncommon in England.

The cenotaph of Raedwald, an East Anglian monarch who converted to Christianity before reverting to paganism, may have been located here. This is according to the dating of coins discovered at the location and the presence of both Christian and pagan characteristics. Raedwald died 624/625. Aethelhere, who died in 654 while defending Penda, the pagan king of Mercia, is another contender. A previously unknown Swedish background for the East Anglian royal dynasty is suggested by the ritual of ship burial and some of the objects found in the grave. However, the name of the king is still unknown.

The British Museum today has 41 pieces of solid gold that were discovered at the burial site, together with a significant amount of imported silverware. Anastasius I, the Byzantine emperor, is represented by his control stamp on one large silver plate (491–518). A bronze bowl from the Middle East and silver bowls, cups, and spoons with Greek inscriptions demonstrate the breadth of the kingdom’s contacts. The royal tomb and its artefacts shed a great deal of light on the society Beowulf portrays. 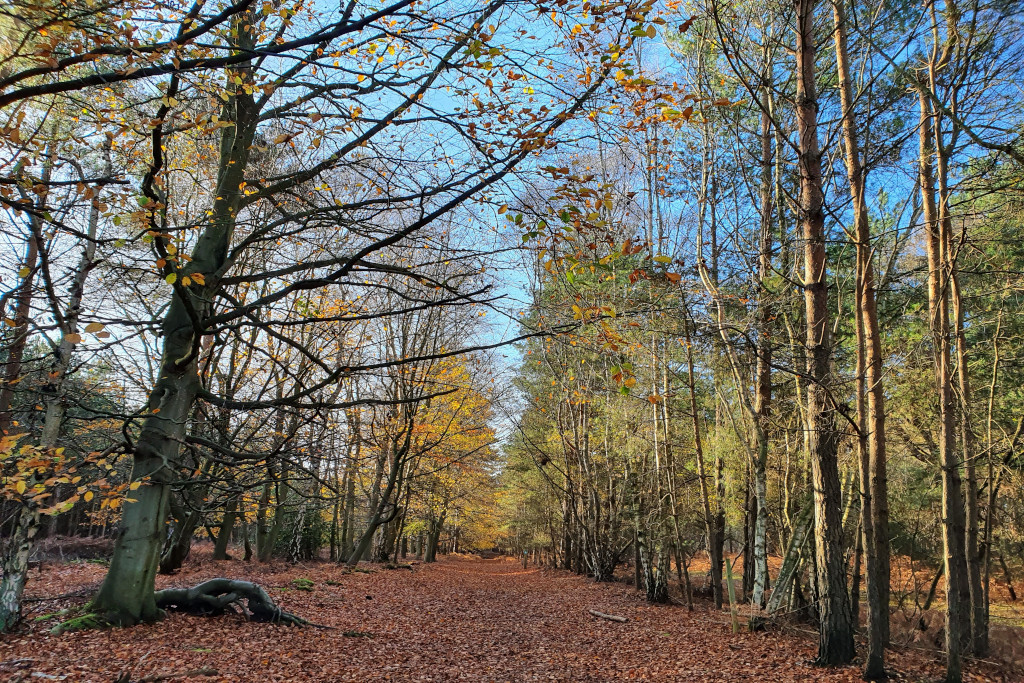 In December 1980, Rendlesham Forest in Suffolk, England, began to emit a succession of eerie lights. The inexplicable occurrence, which has been dubbed “Britain’s Roswell”, referring to the well-known UFO incident that occurred in New Mexico in 1947, is one of the most well-known alleged UFO events in history.

The men went to see because they initially thought the source of the light was an aeroplane that had crashed. The servicemen could hear farm animals from nearby going “into a frenzy” as they entered the forest. They saw what they later described as a “glowing object with coloured lights”. When they got closer to the area, the “thing” swiftly took off in the direction of the surrounding coast.

When the men arrived back at the same location at dawn, they discovered a tiny clearing with what appeared to be three footprints on the ground forming a triangle. On the neighbouring trees, there have been reports of burn marks and damaged branches.

Lieutenant Colonel Charles, I Halt, the deputy base commander went into the forest in the early hours of the following day after writing about the incident in a report to the UK Ministry of Defence (MoD). Halt witnessed identical incidents to those on the 26th after taking him to the area to show him the impressions on the ground.

Astronomers observed a meteor over southern England at the same moment the first “glowing object” was spotted descending into the forest; they refer to this meteor as a fireball.

In 2001, the government made information available that revealed the MoD had investigated the incident.

Although the Rendlesham Forest Incident could be accounted for by several erroneous interpretations of different night-lights, both artificial and atmospheric, nothing concerning the events of 1980 may ever be proven beyond a reasonable doubt.

People have flocked to the seaside since the 18th century. To this day, it remains dear to the hearts of those of all ages.

The extensive coastline is truly wondrous, but its claim to fame is backed by a rich history that influences the region to this day and can be heard in the dialect.

And while we may never know if aliens visited Rendlesham forest, we do know that come rain or shine, the Suffolk Coast is an ideal location for exploration!

This blog has kindly been written as a guest post by Millie Fuller of the Writers’ Diary. 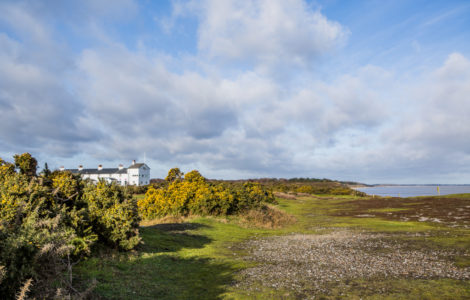