Suffolk is clustered with historic houses, buildings and landmarks and many of them are looked after by English Heritage.

Read on to discover which ones you can visit and explore in Suffolk. 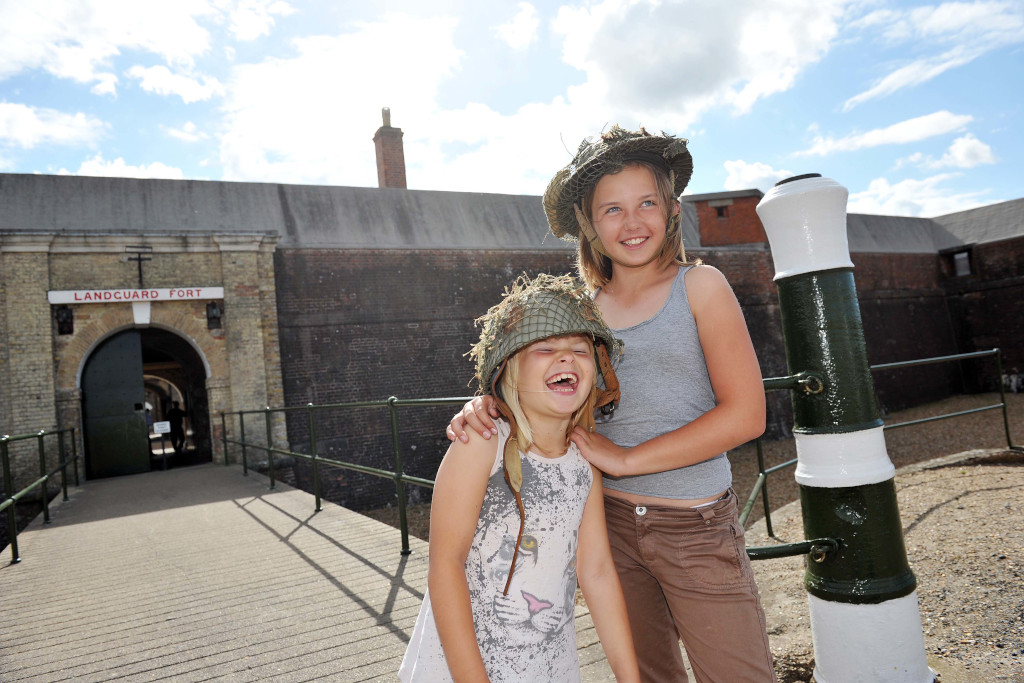 Landguard Fort sits on the outskirts of the seaside town of Felixstowe and if you climb up to the Harwich Bastion, you will have a splendid view of the Port of Felixstowe, one of Europe’s largest ports.  The is the site of the last opposed seaborne invasion of England in 1667 and the first land battle of the Royal Marines.

The current fort was built in the 18th century, and modified in the 19th century, with substantial additional 19th and 20th-century outside batteries. It was manned through both World Wars and played an important anti-aircraft role during the Second World War. In 1951 two of the old gun casemates were converted into a ‘Cold War’ control room.  In 1956 the fort was disarmed and closed.

There is a rich military and maritime heritage at the fort and adults and children alike will love exploring the maze of rooms and passageways. 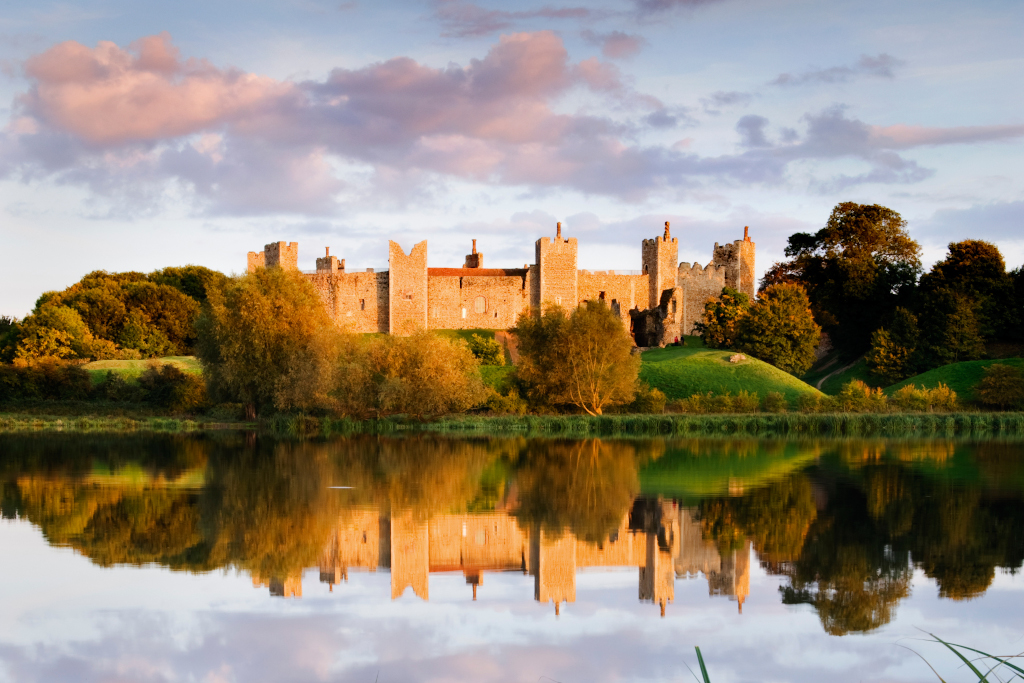 Framlingham Castle is a magnificent 12th century fortress with a long and colourful past.  It is behind the great walls, Mary Tudor was proclaimed the first Queen of England.  The castle is in the picturesque market town of Framlingham and is surrounded by parkland and a picturesque lake.  If you have a head for heights, you can walk the spectacular wall walk and explore the towering walls behind. Up high from the curtain wall, you can take in breath-taking views of the Suffolk landscape and imagine life over 500 years ago.  Several events for all ages take place at the Castle including jester workshops, squire training, and knights’ tournaments. 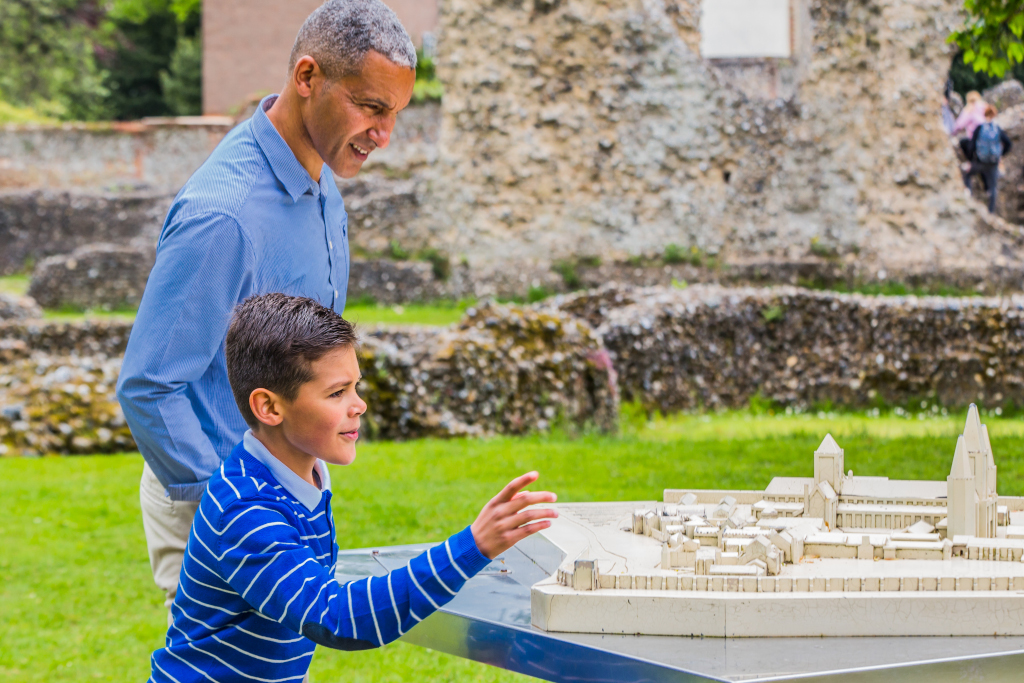 Located in the heart of Bury St Edmunds, the Abbey, which recently celebrated its 1000th yr anniversary, was once one of the richest and most powerful Benedictine monasteries in England.  The site became a shrine to the martyred King Edmund, the first patron saint of England and King of East Anglia.  The extensive remains can be explored alongside the Abbey Gardens.  Make sure you make time for a visit to the market town where you will find plenty of cafes, restaurants, and an excellent selection of independent and high street brand shops. 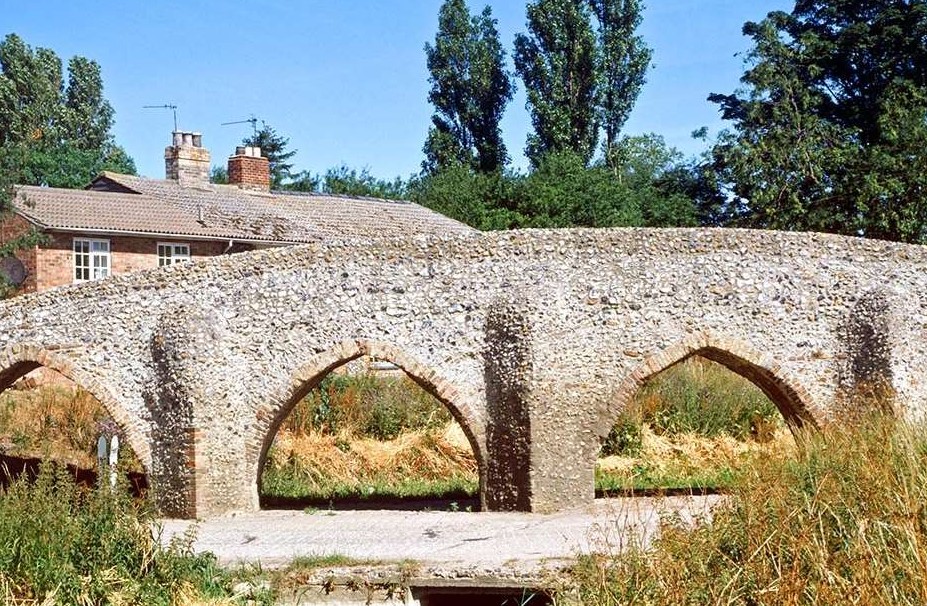 This is a pretty four-arched late medieval bridge, spanning the River Kennett on the ancient route from Cambridge to Bury St Edmunds.  Although it is not technically a packhorse bridge, as it is wide enough to take carts, and is now only used by pedestrians. 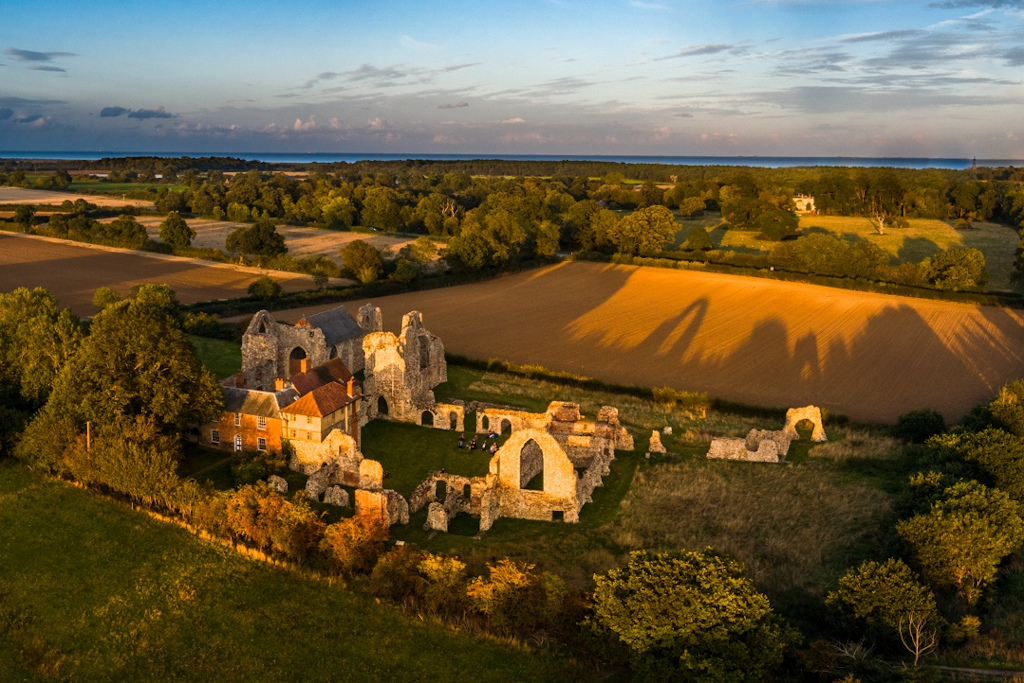 What you will see on a visit to Leiston Abbey are mainly the 14th century remains of an abbey of Premonstratensian canons.  It is among Suffolk’s most impressive monastic ruins, with some spectacular architectural features.  While you are in the area, two of Suffolk’s great castles are within easy reach with Framlingham Castle 12 miles to the west and Orford Castle, 12 miles to the south. 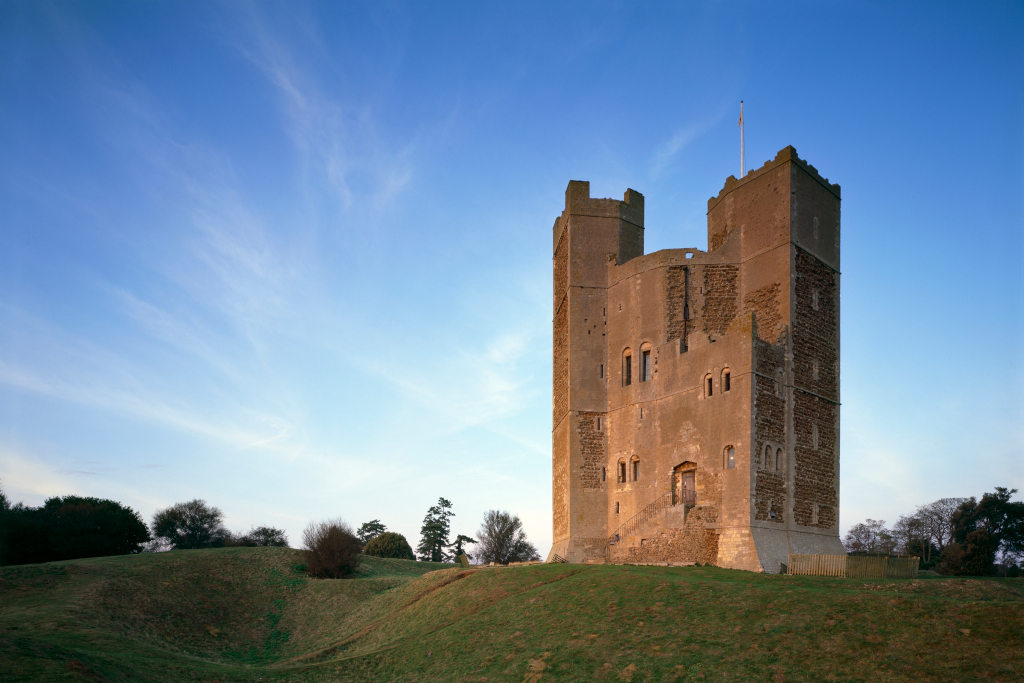 Orford Castle is one of England’s most complete and unusual keeps and can be found in the pretty village of Orford on the Suffolk coast.  The unique polygonal tower keep of Orford Castle is still remarkably intact allowing you to visit the basement, lower and upper halls, and up to the roof.  From the roof you will have a birds-eye view of the village and out onto the beautiful coast. 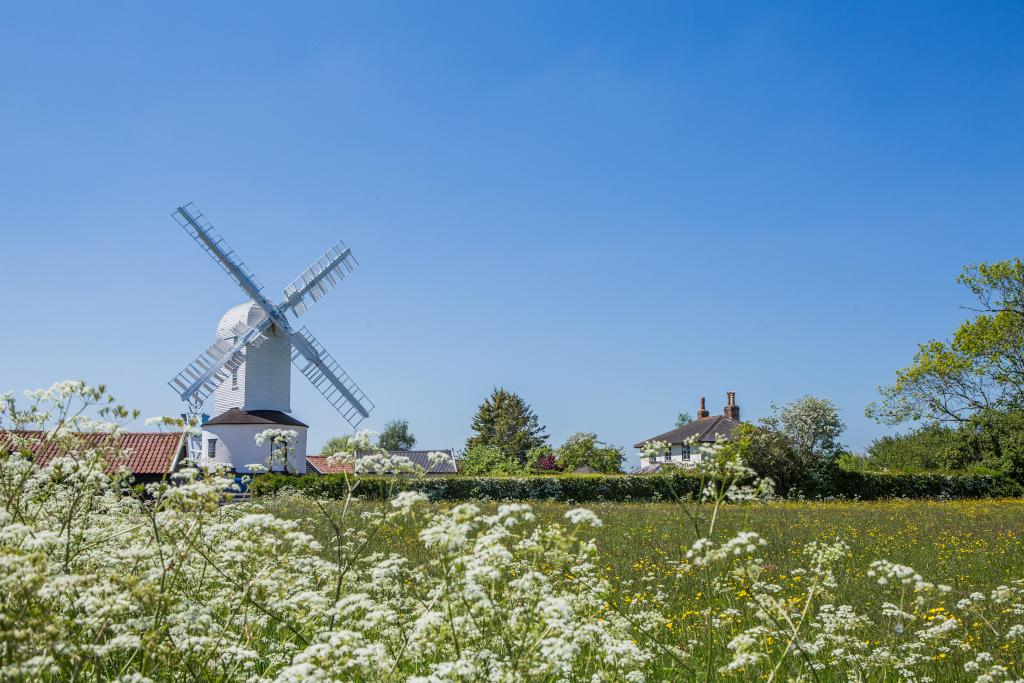 Saxtead Green Post Mill is a corn mill, whose whole body revolves on its base and was one of many built in Suffolk from the late 13th century.  Although the mill ceased milling in 1947, it is still in working order and you can still climb to the various floors to see the magnificent machinery.  The mill is close by to Framlingham Castle so it’s well worth combining the two into a day out.  Discover some of the other fascinating mills in Suffolk

See when you can visit these fascinating English Heritage properties in Suffolk. 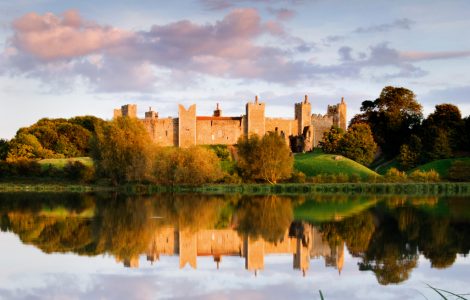