In more than a thousand years of existence, Bury St Edmunds has seen tragedy, drama, and greatness in equal measure. The evidence of its past can still be seen today, hidden in the shapes of the buildings, the statues and the squares, the legends murmured in pub corners. Finding this evidence can be difficult to the untrained eye; thankfully, local historian Geoffrey Pickess has proffered his help in unlocking the secrets of Bury StEdmunds…

Stand on Angel Hill and take in all the various buildings. This was, until the early 1870s, the site of the famous Bury Fair. People from Europe and across the Far East came to buy and sell. Close your eyes and you can almost hear the tradesmen hawking their wares and many people talking, not all of them in English.

Built by William Wilkins (architect of the National Gallery) and opened in 1819, the Theatre Royal is the only remaining Regency theatre in the country. 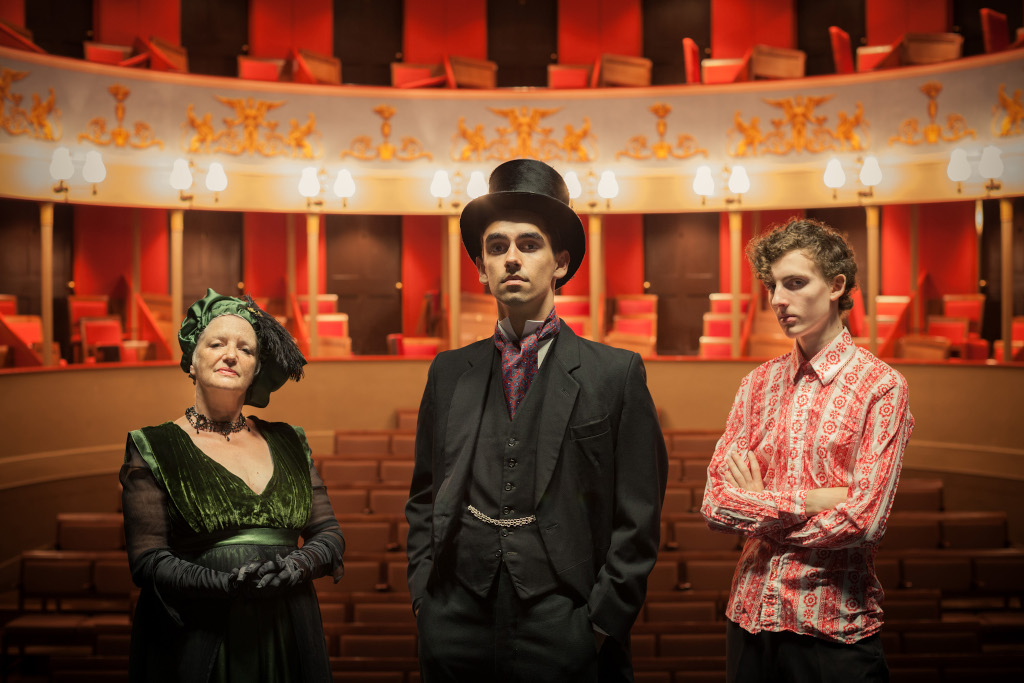 Enjoy classic drama, for the adults and children at The Theatre Royal

Explore the grid system of streets leading west and north from Westgate Street. The plan of the town was laid out at the end of the 11th century when around 347 houses were built. It would be another eight centuries before the next house-building boom!

Originally one of the largest houses in Bury St Edmunds, this has been the centre of social life in the town since the 18th century. Stand back and look up at the green observatory dome on the roof, which was built (complete with a telescope) after a visit by the astronomer Royal.

The older of the two original Bury St Edmunds parish churches. It’s usually open with meeters and greeters, so go in and ask to see the grave of Mary Tudor – Henry VIII’s favourite sister. There’s a plaque near the grave to tell you more about her.

A lovely church was built in 1711 for the Presbyterians in the town; it is now a UnitarianMeeting House. Look up and (if the sun is shining) see if you can tell the time by the sundial. Inside, there’s a double-decker pulpit and gallery.

In 1327 the people of Bury St Edmunds rioted and knocked down the original gate built during Anselm’s abbacy. When the gate was rebuilt in 1347, it was moved several yards to the right, so it’s not directly opposite Abbeygate Street. Close your eyes and listen to the gate being knocked down and the people fighting with the monks. 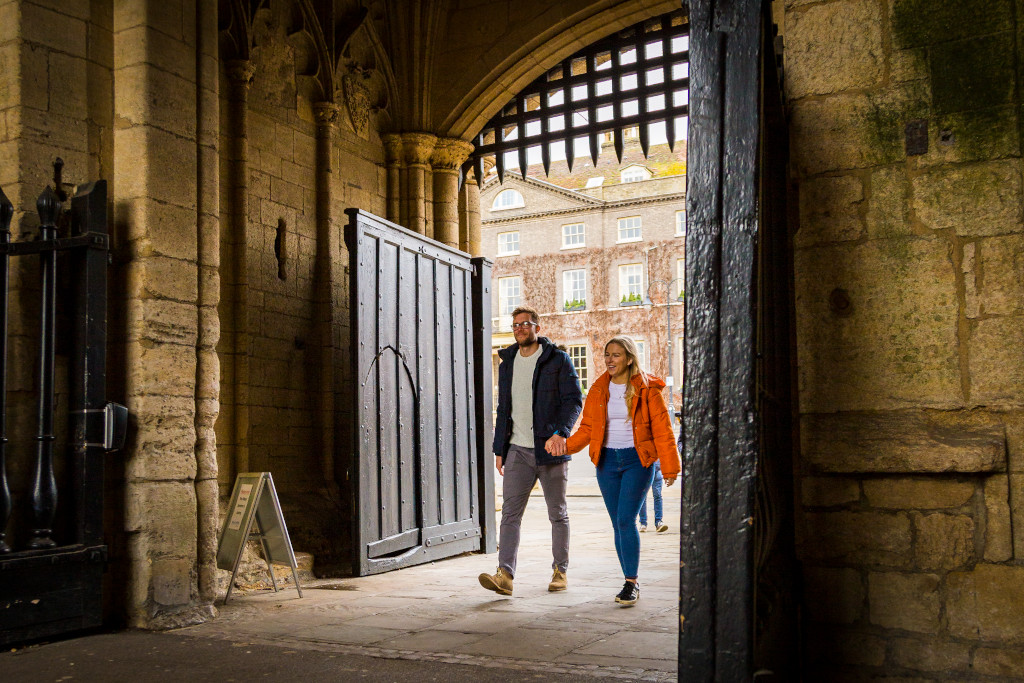 This memorial was built on Angel Hill during the 1920s to commemorate the soldiers killed in the FirstWorld War. You’ll notice there are no names on the memorial; these are all contained in a book of Remembrance in the Cathedral.

An inn has stood on this site since medieval times. The current building dates from around 1780. Up until the arrival of the railway in 1846, it was one of the main coaching inns for coaches to London and other places in East Anglia. Charles Dickens stayed at The Angel Hotel
several times when he wrote for the Morning Chronicle; they say his favourite four-poster is still in use. 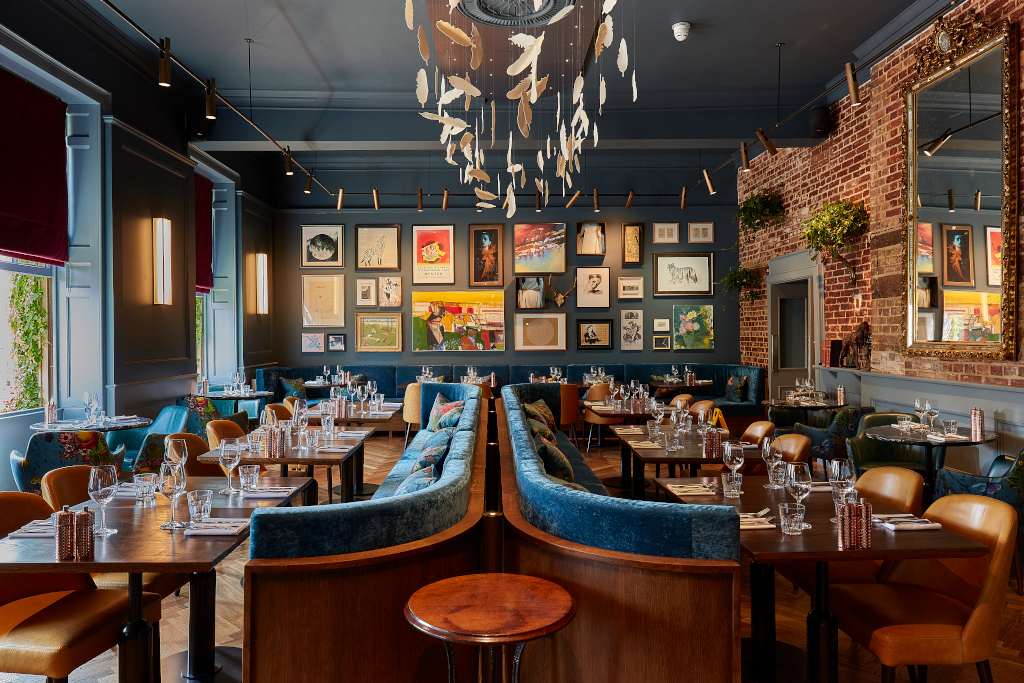 The Angel Hotel has hosted many famous guests, including Charles Dickens

Over the years this street has had many names: Frenchmen’s Street, Spicer Row, BarberRow, and Cook Row. It is the main street connecting the town’s two great market squares.

This contains, in a line, the three corn exchanges. From the north end: The Market Cross, now Smith’s Row, remodelled by Robert Adam in 1774; the second Corn Exchange, built in 1836 and the final and largest, built in the 1860’s – now a Wetherspoon’s pub.

This is the 21st-century shopping development, built on the old Cattle Market. It contains the Apex, which is a first-class music venue with excellent acoustic qualities. Go inside and find out what’s on offer. 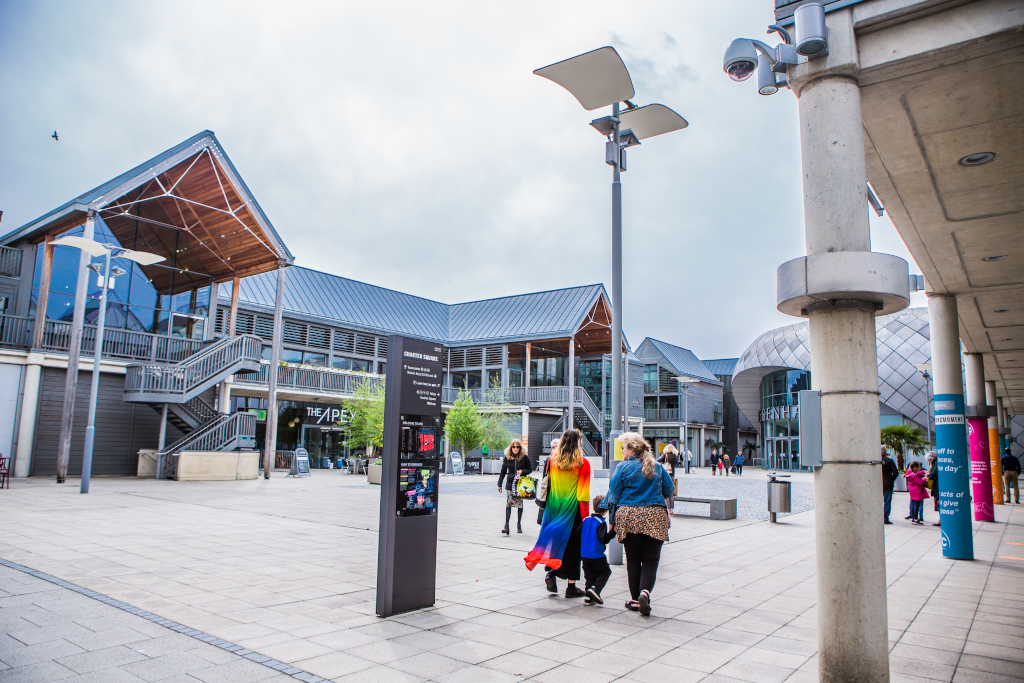 The arc shopping centre with the Apex music venue

Opened in 1847 as a terminus station; the line from Newmarket arrived later. After that, it was a junction station with branch lines north to Thetford and south to Lavenham.  Imagine the old steam trains puffing out of the station.

WHAT HAVE I MISSED?

This article was written by historian Geoffrey Pickess as part of a two-part series. You can find out more fascinating stories in The Secrets of Bury St Edmunds: Part One. 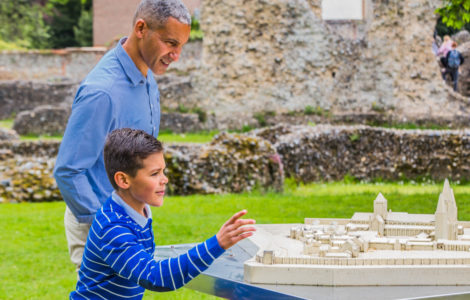