The story behind the filming of The Dig

THE DIG – THE STORY OF SUTTON HOO

The Dig, releasing on 29th January on Netflix is based on a book of the same name and reimagines the events of 1939 during the excavation of Sutton Hoo in Suffolk.  The film stars Carey Mulligan, Lily James and Ralph Fiennes and was directed by Simon Stone.  The ship burial at Sutton Hoo is one of the Uk’s greatest ever archaeological finds and is believed to be of the Anglo-Saxon, King Raedwald.

The film stars many Suffolk locations on the Suffolk Coast including Thorpeness Beach, Shingle Street, a footpath in Snape on Suffolk Wildlife Trust land and an RSPB site called Boyton Marsh. The unit base was set up at Snape Maltings.

Both the film and the novel are inspired by real events and real people and is a fascinating story.  There is another story behind the making of the film and how a local Suffolk man got to meet and work with one of the stars and help him to ‘nail down’ the Suffolk dialect. 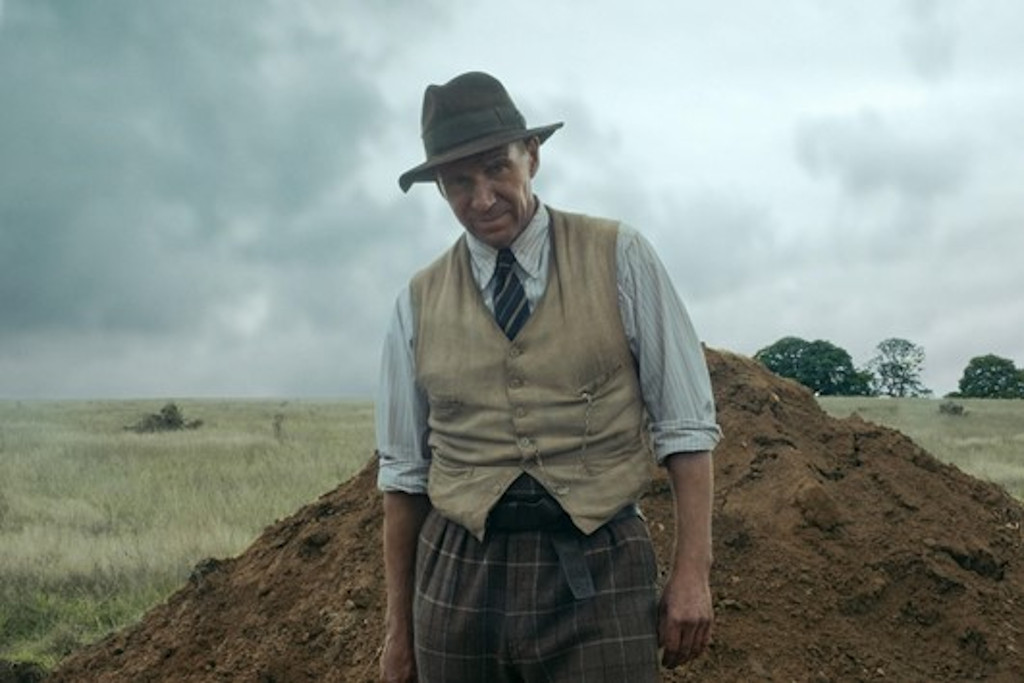 Ralph Fiennes, who plays Basil Brown, the archaeologist who helps discover Suffolk Hoo, was determined to nail down a true Suffolk accent so contacted Screen Suffolk to help find not only an assistant but crucially someone who had an ear for the true Suffolk dialect. Film maker and musician Jay Ducker saw the shout out on Facebook which simply read: An actor requires an on-set assistant from mid-September to mid-November based in Suffolk and then Surrey area. Ideal opportunity for an entry level crew member. Must have a Suffolk accent.

Jay had been making short films and promos to compliment his music but had little experience on a film set but when he saw the advert a friend encouraged him to apply.

Jay says ‘I remember being relatively relaxed because I honestly wasn’t expecting to get the job. I don’t have the strongest Suffolk accent and again, I had very little experience in the feature film industry. What really put me at ease was that Ralph was already using the Suffolk accent. It kind of disarmed me and made me feel as if I was speaking to a local or someone I knew really well. But what helped me get the job, I think, was that I immediately heard when and where he was going wrong with the dialect and without thinking I started correcting him in the interview. He seemed to respond well to that and I told him my background, which was in the music industry so I believe it was a good ear that got me the job.’

Jay’s first day was at Snape Maltings where the crew were filming their first landscape scenes of the famous Suffolk sky, reeds and beaches. The crew filmed in and around Suffolk for a week. ‘My role was to assist Ralph in getting the best possible performance. Everything from making sure he was fed and watered to perfecting and correcting his Suffolk dialect.’ Jay would listen to Ralph reading scripts and suggest other ways for him to perfect the Suffolk accent.

‘There was a three pronged approach when it came to dialect coaching with Jamie Matthewman being the overall guidance for all the actors, Charlie Haylock specifically zooming in on the Suffolk dialects, particularly with Ralph and myself being the everyday reference point. I think all our differing approaches really complemented each other.’

Read the true story behind The Dig.

THE FACE OF ANGLO SAXON TIMES

The Sutton Hoo helmet, which was heavily corroded and in hundreds of pieces when it was found was painstakingly reconstructed by the British Museum conservation team.  This is just one of the many hundreds of finds from the excavation back in 1939.,

Jay is still in touch with Ralph as well as many other crew members. ‘The camaraderie amongst the crew, was the best thing about being on set, for sure. There’s a real sense of togetherness when you’re cold, tired and in the mud together. You really pull on that to get you through.’

Jay certainly made the most of the opportunity and gained praise from Ralph himself who said of him.‘Jay Ducker gave me a lot of support and help during the shoot of The Dig. I requested from Screen Suffolk an assistant on set who was from Suffolk – someone I could practice my Suffolk accent with. Jay adapted very quickly to the gruelling filming hours and really impressed me with his spirit of commitment and dedication. He worked really hard.’ 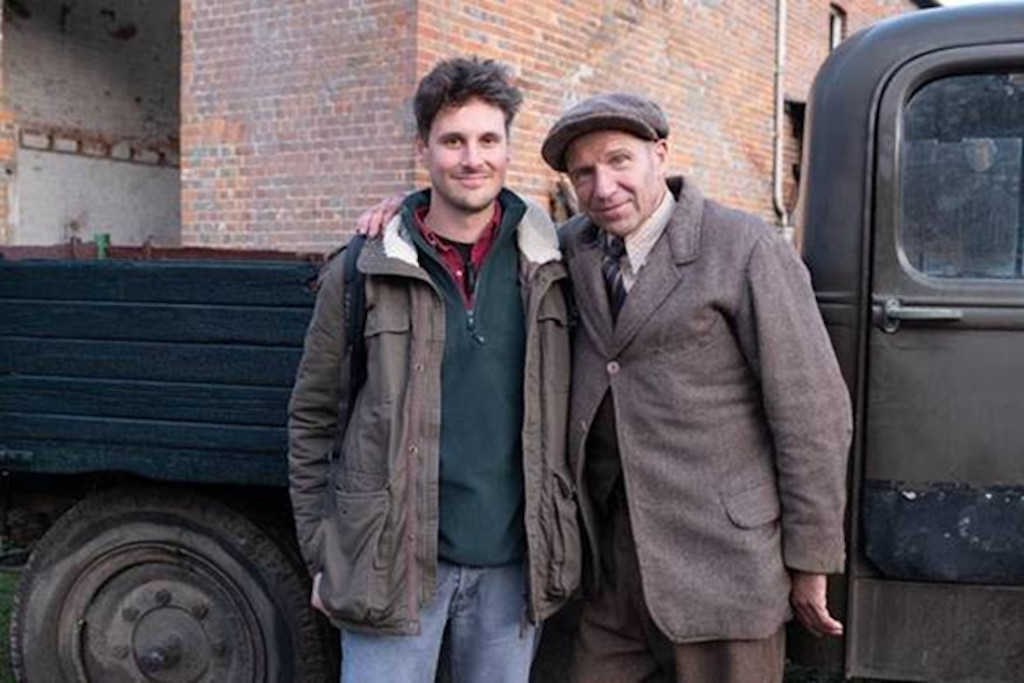 ONE OF THE RICHEST BURIALS EVER FOUND IN NORTHERN EUROPE

Sutton Hoo, is now in the hands of the National Trust.  It was 1,400 years ago when this king and great warrior, King Raedwald, the great King of East Anglia was laid to rest in a 90ft ship, surrounded by his extraordinary treasures.  The finds can now be seen in the British Museum (when it is reopened).  Explore more of Sutton Hoo and read the full story here. 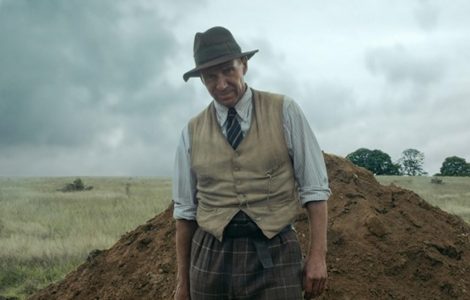